15 Best Places to Visit In Makkah and Madinah 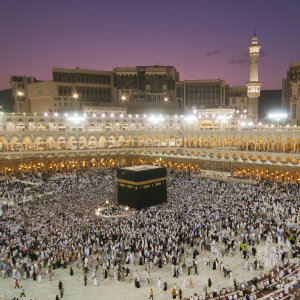 The city of Makkah and Madinah are two of the holiest places on the earth. Millions of Muslims from all around the world visit these cities every year with the intention of performing the holy pilgrimage of Umrah and Hajj.

In this article, we are going to look at 15 best places that you can visit in Makkah and Madinah during the Umrah and if you are planning to perform Umrah this year and looking for the best Umrah packages with complete accommodations, amenities, and freedom to explore these cities, than have a look at Al-Khalid’s Best Umrah Packages for 2020.

Best 8 Places to Visit in Makkah

Masjid-al-Haram is the most important mosque for the Muslims and Al-Kaaba (The House of Allah) stands at the center of Masjid-al-Haram. Muslims from all around the world offer prayers to Allah (Subhanahu wa ta’ala) in the direction of Al-Kaaba and millions of Muslims throughout the year perform tawaf of Al-Kaaba during the time of Hajj and Umrah. The history and importance of Al-Kaaba are very prominent throughout the Islamic world and every good Muslim has a clean desire to Al-Kaaba at least once in a life.

Nearly a million pilgrims during Hajj visit Mount Arafat every year. According to Hadith, Mount Arafat is the location where all the Muslims will be gathered for being accountable during the time of the resurrection. Mount Arafat holds great importance for the season of Hajj, pilgrims visit there and perform their Hajj rituals, offer prayers and make important supplications (Dua) as a sunnah of Prophet Ibrahim (Blessings be upon him) to complete all the Hajj rituals.

Masjid-e-Aisha is the second-largest mosque in the city of Makkah after Masjid-al-Haram. This massive mosque is about 10km away from Masjid-al-Haram. This beautiful mosque is also one of the oldest mosques in Makkah which holds great importance during the time of Hajj as it is the place where Hajj pilgrims put on their Ihram and people doing subsequent Umrah renews their Ihram.

6. The Site of Battle of Badr

The Battle of Badr is mentioned in the Holy Quran as it was amongst the very first battle of Islam that was fought by Prophet Muhammad. People can still have a look at this battlefield while visiting Makkah city. The Battle of Badr is a very important battle in the history of Islam, and it was also very important for Prophet and his followers’ life as they were fighting for the true religion of Allah (Subhanahu Wa Ta Aala) against the pagans of Makkah and magically won the battle with support from the angles. The site is located nearly 330 Kilometers away from Makkah.

7. The Birthplace of Prophet Muhammad (Peace be upon him)

Prophet Muhammad (Peace be upon him) was born in the Holy City of Makkah at the place that is now called Maktaba Makkah-al-Mukarramah. This place was earlier a mountain town which is now a national library. This place is very close to the city of Makkah which attracts many visitors throughout the year.

Mina is also known as the city of tents where millions of Muslims gather during peak days of the Hajj. Mina is a beautiful hot valley located 3 km away from Makkah city. More than 100,000 air-conditioned tents are placed during the time of Hajj that houses more than 3 million pilgrims, providing temporary accommodation to them while they perform their Hajj ritual of Ramy al-Jamarat. Mina is very close to Masjid-al-Haram which means even the pilgrims of Umrah can visit this wonderful city during their journey.

The Muslim community all around the world understands how important it is in Islam to perform a pilgrimage. It is compulsory for every Muslim to perform a Pilgrimage at least once in their lifetime.

Al-Khalid offers best in class Umrah Packages for the Indian Pilgrims at affordable rates. We arrange the complete Umrah for you that comes with world’s best accommodations and facilities at the most reasonable prices. Find more about Al-Khalid Umrah Packages for 2020.

Best Places to Visit in Madinah

Prophet Muhammad (Peace be upon him) in his later life migrated from the city of Makkah to the city of Madinah which became his resting place. Masjid-e-Nabvi is the second most visited Islamic site in the world after Masjid-e-Haram of Makkah. The beautiful dome attracts millions of visitors all over the year. One of the rituals of Hajj and Umrah is also to visit Masjid-e-Nabvi and offer prayers.

Masjid-al-Quba has a special and unique place in the heart of Madinian Muslims because it is the very first Mosque every build by beloved Prophet Muhammad (Peace be upon him) in the city of Madinah after when he started preaching Islam in the country. Masjid-e-Quba is a beautiful mosque also Mentioned in the Quran because of its other Islamic importances.

Mount Uhud is a historic place that not only serves to increase the beauty of Madinah city but also carries great importance as the Battle of Uhud was fought near this mountain. Battle of Uhud which was the second Islamic battle encountered between the people of Makkah and the Muslims. The graveyards of the martyrdoms of the battle can also be found near Mount Uhud which also includes many Companions of the Prophet.

This museum is the oldest and the very first museum in Madinah which depicts the history of Islam and has many different archaeological collections, rare images related to Madinah and visual galleries. You can see at least 2000 artifacts in Al-Madinah Museum featuring the rich Islamic heritage.

15. The Deserts Of Saleh

If you have never seen deserts before, this place could be the perfect one for you while visiting Madina. Deserts of Saleh is one of the most exotic and beautiful deserts of Saudi Arabia with many gigantic tombs and caves with inscriptions and drawings from the ancient. This wonderful desert is now UNESCO World’s Heritage site which makes this place a must-visit site of Madina.

You can consider visiting these mentioned 15 sacred destinations that reflect the essence of Islamic history while on an umrah trip.

Plan your Umrah Journey this year with Al-Khalid’s best Umrah Packages that come with the finest accommodations and amenities for the pilgrims. You can even book your customized Umrah packages with Al-Khalid if you are looking to visit and explore all the above-mentioned places. For more information contact us or check out our Umrah Packages and Umrah deals for the year 2020 here.